How To Fix and Replace a Cracked & Broken iPhone Screen 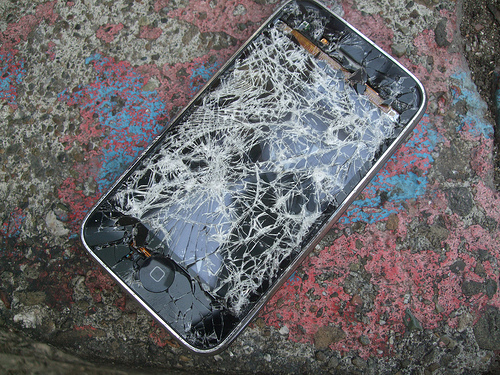 If you have a broken iPhone screen, the warranty unfortunately does not cover accidental damage—it’s going to cost you money to get it fixed. To repair it, you have three options:

Below is a look at each option along with the costs and advantages/disadvantages of each. 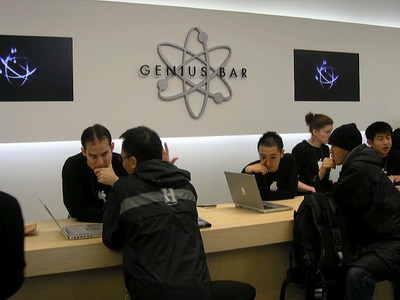 The most convenient way to get your cracked iPhone screen fixed is to take it to an Apple store. Apple keeps special equipment in their store and can have the iPhone repaired in about 15 minutes. Be sure to make an appointment at the genius bar before heading to the store (you can do this online).

The cost of repairing your screen is $199. Why so expensive? Because not only does Apple replace the glass, they also replace the LCD screen, sensors behind the screen, and the home button.

If you paid $199 to buy your iPhone, this may seem expensive, but the price you originally paid was a subsidized price, meaning the wireless carriers paid for part of the iPhone.

The Apple store is the most expensive option, but it’s also the most convenient and safest. We recommend this option, especially if your screen has stopped working. 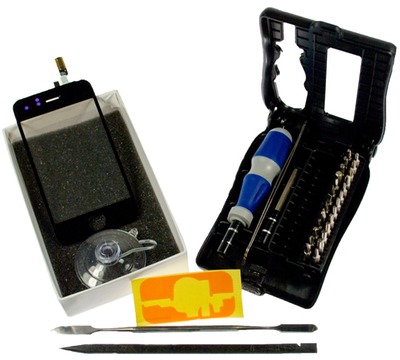 Another option to fix a cracked iPhone screen is to do it yourself. And it’s dirt cheap. You currently can find a repair kit on eBay for around $20. The website iFixIt sells an excellent screen repair tool kit for around $80 that comes with adhesive strips, metal spudger, spudger, 26-piece screwdriver kit, suction cup, touchscreen glass, and integrated digitizer.

It’s not a simple process to fix an iPhone screen. Apple didn’t intend for you to take the phone apart, so they’ve made it difficult. You’ll need a good set of instructions. The iFixIt site has instructions that accompany its screen repair kit. There are also videos on YouTube that walk you through the process, including an excellent 5-part series by GetterScott‘s, the first of which is shown below:

There are always dangers with the do-it-yourself approach. First, it voids the warranty on the iPhone. If your iPhone conks out and you take it to Apple to be repaired, they could, in theory, refuse to fix it (if they notice your repair work). Second, you could do even more damage to the iPhone, again voiding the warranty. Third, the damage that created the broken screen may have hurt other parts of the iPhone as well, in which case, repair may be beyond the do-it-yourself scope. 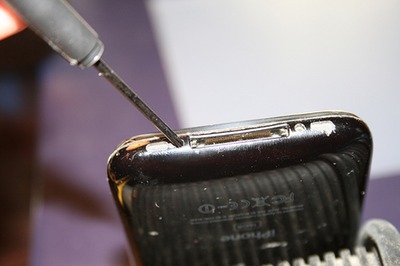 A Google search will reveal dozens of companies that offer to fix your iPhone, many for dirt cheap. It’s important to pick a reputable one. There are dangers in using a third-party company, including scam artists who will steal your iPhone or hack into your private information.

You can also search for local iPhone repair shops. The New York Times recently did an article on the burgeoning iPhone-repair cottage industry. It’s much easier to find such repair shops if you live in a large city, but those who live in smaller towns may have to go the mail route.

What About Insurance for Accidental Damage?

There are a few companies that offer insurance for the iPhone. Best Buy offers a Geek Squad Black Tie Protection Plan that costs $16 a month and covers all sorts of damage, including cracked screens. You’ll need to purchase the iPhone at Best Buy in order to sign up for the protection plan.

State Farm used to offer insurance for the iPhone for a mere $40 a year that covered accidental damage. It was called a “personal articles policy.” However, due to the number of claims they received, they’ve discontinued coverage of the iPhone. You should check with your insurance agent for similar plans.