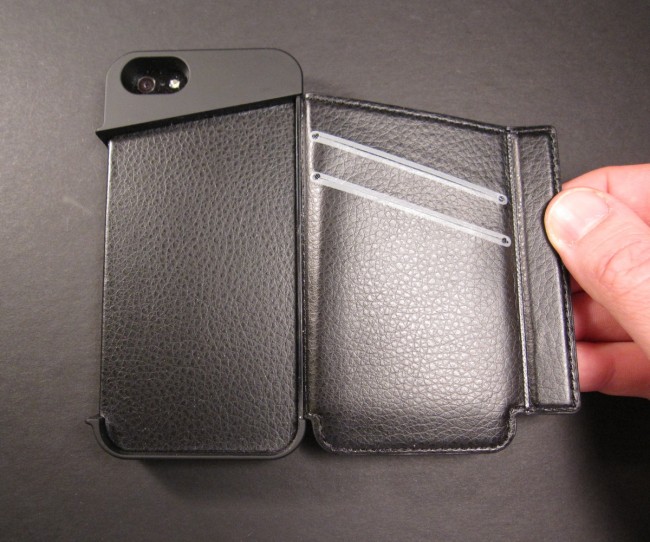 Every modern male knows the hassle of overstuffed pockets from carrying a smartphone, wallet, keys, and other necessary items. The Targus Wallet case for the iPhone 5 ($25) is designed to be a remedy of sorts, combining an iPhone case with a wallet. Where once there were two, now there is one.

Review Summary: The Targus Wallet case is useful and convenient as a wallet, but below average as a protective iPhone case.

Reviewed by: Art of the iPhone

As a wallet, the Targus works well, if, that is, you can get by with carrying only 2-3 credit cards and a few bills with you. The case has a built-in, faux-leather flap on its back with two slots inside that can barely fit 4 credit cards in total (3 cards is the best fit), or two cards and a few bills. This flap, when closed, completely conceals the cards/cash from view. “Conceals” is a key benefit of this case, as most other wallet-style cases don’t hide your cards/cash from view. If the iPhone is already an attractive target for thieves, just imagine cash and credit cards attached to it.

I was very impressed with the design of the wallet flap. It has a magnet inside that keeps it closed shut tight—I never experienced it accidentally flapping open. It actually takes a little bit of effort to open—a good thing, as it keeps the cards/money inside secure. When closed, the flap lies flat against the iPhone’s back…well, flat, as long as you don’t overstuff the wallet with cards and cash. 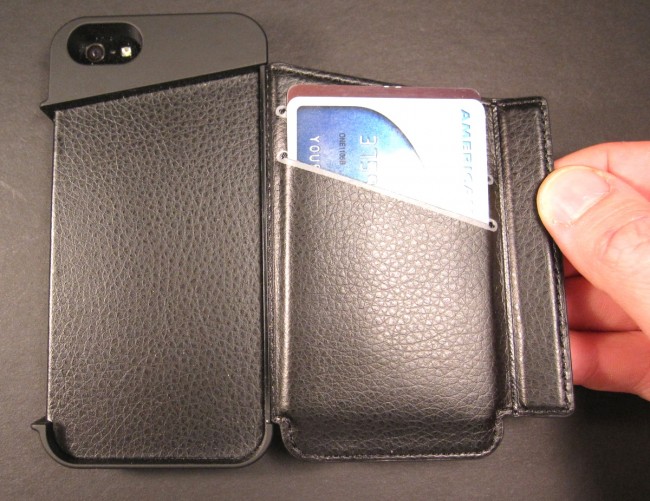 Replacing my wallet with the Targus Wallet case really was liberating. Where before I had to remember both my iPhone and wallet–now it was just my iPhone, a small but big simplification of my life, as I carry both of these items on me at just about all times. And, at the cash register, I no longer had to check my pockets to see which had the wallet, and which had the iPhone. I just had to reach for my iPhone. Again, though, the key to this case is, can you get by with just 2-3 cards and a little bit of cash? At times, I wish I had more room for a few more cards.

As an iPhone Case, the Targus Wallet is flawed, but not fatally so. The case is incredibly bulky—it more than doubles the thickness of the iPhone. It feels like holding…well…a really thick wallet. And it’s not much of a protective case, despite its thickness.

Protection. The Targus Wallet is made of two different materials: thin hard plastic for the section that holds the iPhone, and faux leather for the wallet part. The problem is that, for the iPhone’s impact areas, which are the four corners most likely to hit the ground first, there is only this thin plastic section for protection. The thicker faux-leather wallet protects the flat back section of the case, but that section of the iPhone is unlikely to hit the ground initially after an accidental drop. In total, this is a poor case for shock absorption. There is no protective lining inside the hard-plastic case to separate it from the iPhone, which means the case itself could scratch the iPhone over time through subtle abrasion.

The Targus also makes accessing some of the iPhone’s buttons a tad more difficult. Particularly problematic are the volume buttons. A rim around the volume buttons makes it so you have to dig in slightly with your fingertip to press the button. Similarly, the thickness of the back of the case makes it a bit more awkward to press the sleep/wake button, as your fingertip has to reach over the back rim and them down onto the button (see the video review to see a clarification of what I mean).

The iPhone’s headphone and lightning ports can be used as expected, as can the iPhone’s front and rear camera. The iPhone rear’s camera, however, is buried inside about a centimeter-long tunnel, which can effect the amount of light that reaches the lens.

If the Targus Wallet ($25) were merely an attempt at a protective iPhone case, I’d say, don’t bother. But its wallet functionality is so useful that I can give it my conditional recommendation, the condition being that you can get by with only carrying 2-3 cards and a little cash. As a wallet iPhone case, it’s really good. Sure the case has its annoyances—it’s incredibly thick and the iPhone’s volume and sleep/wake buttons are slightly harder to press—but the case’s wallet functionality more than makes up for those flaws. 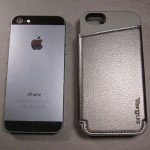 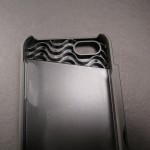 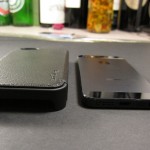 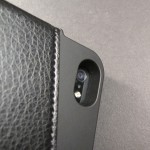 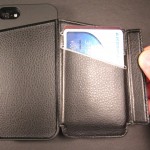 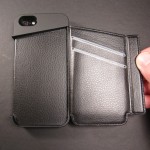 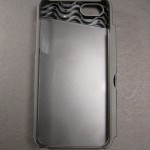 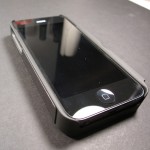 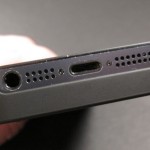