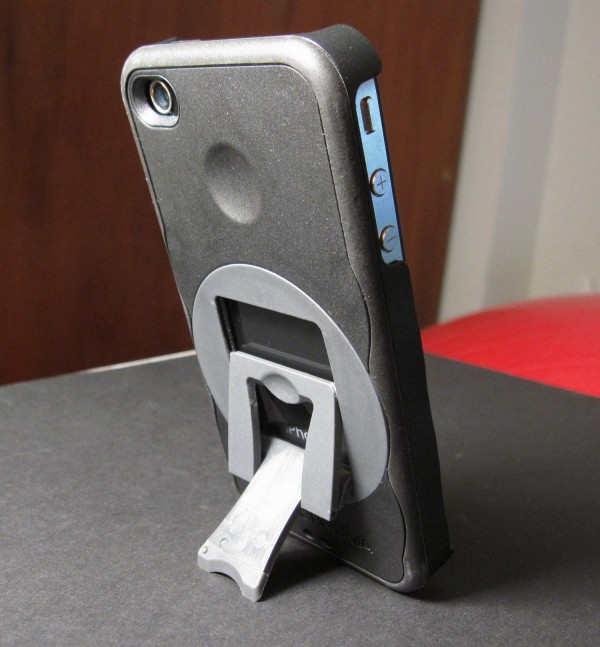 The ZeroChroma Teatro for iPhone 4 ($39) is a brilliantly designed, thin, hard-plastic, snap-on case with a flip-out stand that can rotate 360 degrees and prop up the iPhone in portrait, landscape, or anything in between. With a relatively high price tag, the Teatro is a tough sell, but the flexibility and usefulness of the rotating stand on its back makes it worthy of spending a few extra bucks on. It’s also compatible with the iPhone 4 and 4S.

The Teatro’s most impressive and useful feature is a rotating, flip-out stand on its back. The stand is attached to a circular piece of plastic that can be rotated 360 degrees and can hold up the iPhone in both portrait and landscape orientations. It can hold the iPhone at an impressive 42 angles (14 in landscape and 28 in portrait). When not in use, the stand lays perfectly flat in a recess built into the case, so there’s no awkwardness when not in use.

The stand offers impressive sturdiness for being such a small piece of plastic—we experienced no wobble on flat surfaces, even when tapping out notes on the small screen. The bottom tips of the stand are covered with rubber to help prevent slippage.

If you’re looking for heavy protection for your iPhone, the Teatro is not the case for you. Its thin hard plastic is mainly useful for neutralizing everyday wear and tear, but not protecting from accidental drops. The company’s website describes that case as having “interior rubber shock absorption,” but we no sign of rubber on the interior, or that the thin case as a whole has enough material to take on much shock absorption at all. 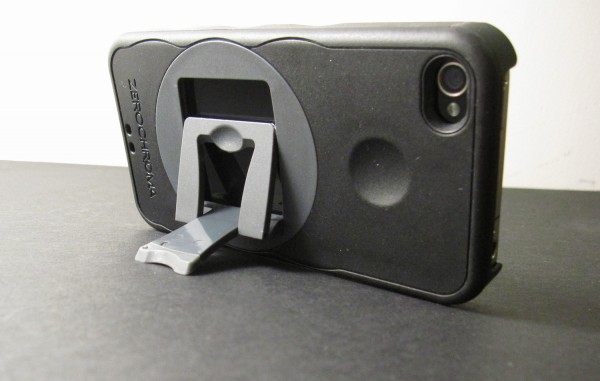 The Teatro somewhat improves your grip on the iPhone via two subtle design touches. The first is a dimple on the back that the tip of your index finger fits in to while you’re holding the iPhone one-handed. The second is a series of wavy indentations along the sides for fingers to rest in. A rubber lining framing along the back corners helps to improve grip.

The case offers excellent accessibility to all the iPhone’s ports and buttons. The areas around the volume buttons, headphone jack, sleep button, home button, and docking port are uncovered and left open, creating virtually no restriction of access.

In terms of aesthetics, the Teatro has a utilitarian look. Thin hard plastic cases can sometimes take on a cheap look, but the Teatro has nice build quality and a textured surface that gives it a neutral matte look. The stand on the back does create some awkward lines. It also is off-color gray that stands out against the black casing (the Teatro is also available in white/gray and pink/pink themes). In the end, we feel the the Teatro is a case that should be desired for its functionality, not its looks. 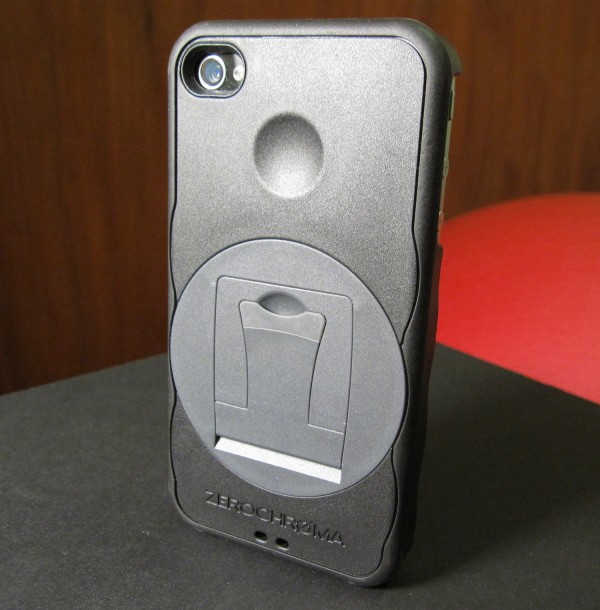 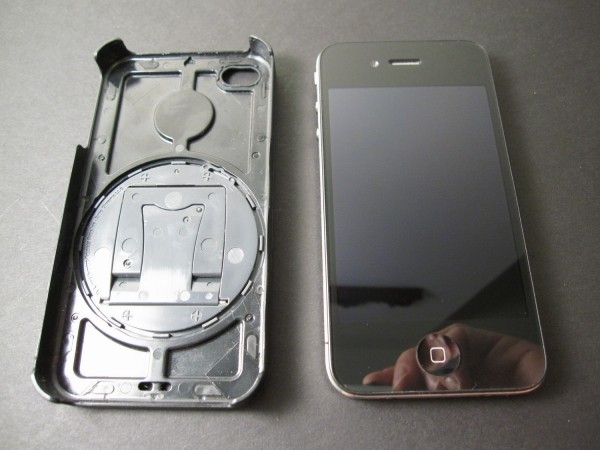 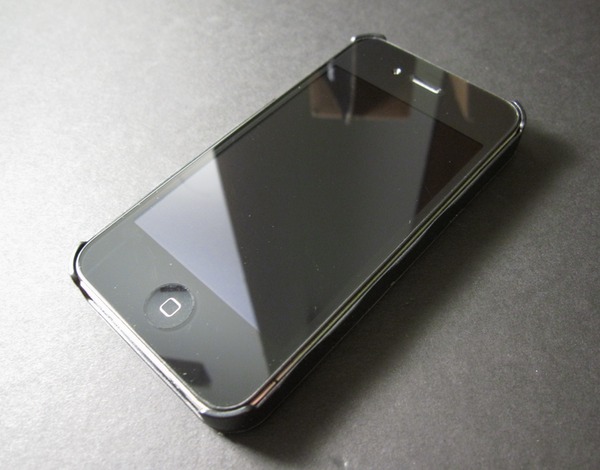 The built-in stand of the ZeroChroma Teatro ($39) is the best iPhone 4 case/stand solution we’ve seen yet. When not in use, the stand rests flat and out of the way. When in use, it offers a versatile range of angles to rest the iPhone at, supporting both portrait and landscape orientations. The downsides of the case are lack of protection due to its thin hard plastic, some awkward aestehtics, and an expensive price tag. But if you’re looking for the best iPhone case/stand combo, the Teatro is it. We rate the Teatro a 9.0 out of 10, highly recommended.

Review Summary: The best case/stand combo solution for the iPhone 4/4S available due to its rotating stand and versatility. Not the most protective case, however.

Reviewed by: Art of the iPhone