Tip: How To Add Your Favorite MLB Team’s 2013 Schedule to Your iPhone’s Calendar

If you’re on an iPhone or iPad and want to easily add your favorite Major League Baseball team’s schedule to your calendar, just tap your team’s name in the list below, then tap Subscribe from the pop-up box. These are the official schedules from MLB’s website. Please note that you can easily hide all 162 games from view, as all those games can clog up your calendar (see instructions at end of post).

How to Hide the Games in Your Calendar

Tip: How to Quickly Add Your Favorite NFL Football Team’s Schedule to Your iPhone’s Calendar

Want to quickly and easily add your entire favorite NFL team’s schedule to your iPhone’s calendar? If you’re reading this on an iPhone or iPad, just find your favorite team in the list below, tap subscribe, then again tap subscribe from the pop-up that appears on your iPhone.

Note that, because these are subscription calendars, they will automatically update every year (as long as the calendar owner keeps them updated). Subscription calendars are also easily removed from your iPhone’s calendar if they annoy you. To delete, go to Settings > Mail, Contacts, Calendar > Subscribed Calendars, select the calendar, and tap Delete Account. Also note that some of calendars below have alerts set up for each game. You can turn off the alerts by sliding the Remove Alarms tab to On in the calendar’s account settings.

The subscription calendars below are provided by SportyCal.com, where you can find more links to your favorite sports teams. 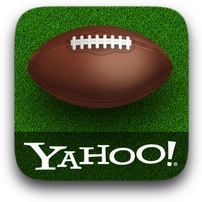 Yahoo Fantasy Football (free) has slowly improved the interface of their app over the years, and it now runs smoother and is much easier on the eyes. They’ve also added iPad support, so it’s a universal app. Yahoo just updated the app with new features, including improved waiver-wire management. With app you can now:

There are some downsides. The app is useless until after you draft your team, and you can’t draft using the app. And if you’re a commish, there are no commish tools in the app. Essentially, it’s still a limited app, but useful enough that it can save your butt more than once during a season. 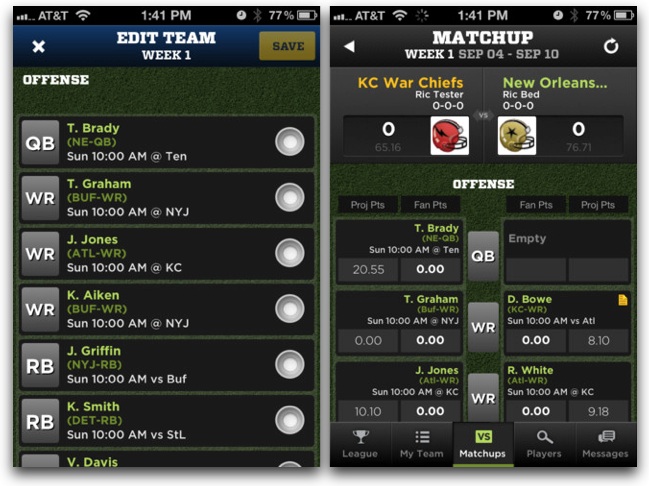 ESPN Fantasy Football (free, iPhone, iPad) has all the basics to let you manage your ESPN teams, and yes, you can manage multiple teams across multiple leagues. It even has a few nice tricks like push notifications for injuries. Some of the app’s features are:

Some of the app’s downsides are (of course, you can run the iPhone version in 2x mode), no drafting of teams via the app, and no league management tools for commissioners.

NFL.com Fantasy Football (free) is another app that lets you take care of the basic management duties of your team. Developers are promising that the app will see significant updates before the season starts. One of app’s strengths is access to official news and injury updates, which NFL.com excels at. Overall, the app lets you:

Some of the limitations of the NFL.com Fantasy Football app are that it can’t be used for your draft, there is no iPad-optimized version, and the are no commish tools available. 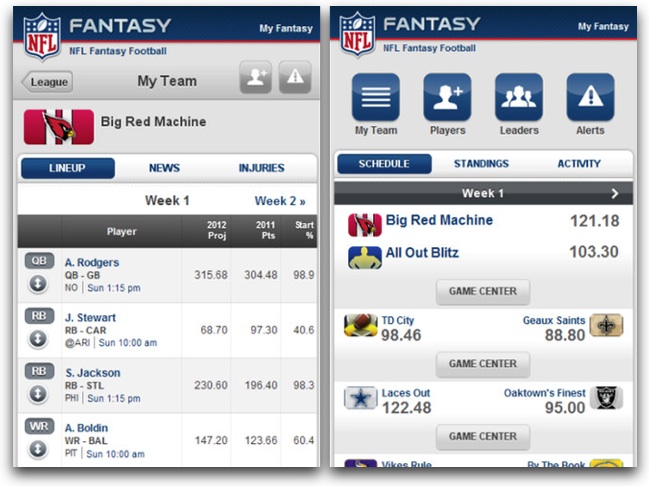 CBS Sports Pro Football for iPad (free:, iPhone, iPad) is more of a NFL news app with CBS fantasy football manager built into it. That doesn’t mean you can’t get the job done with it, though. And, there is a separate iPad version, too. Some of the app’s features are: 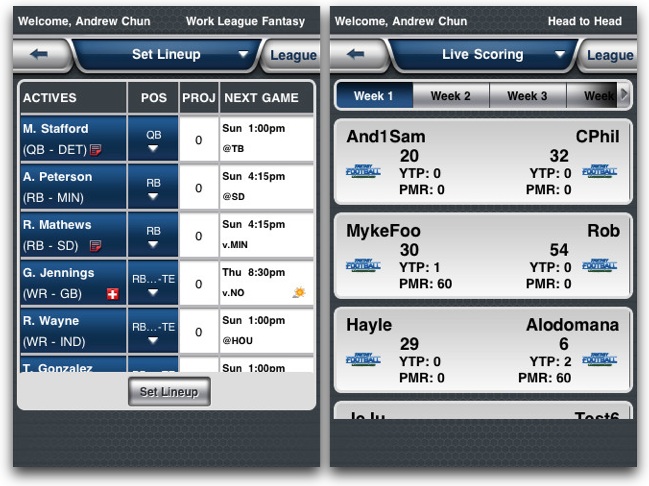 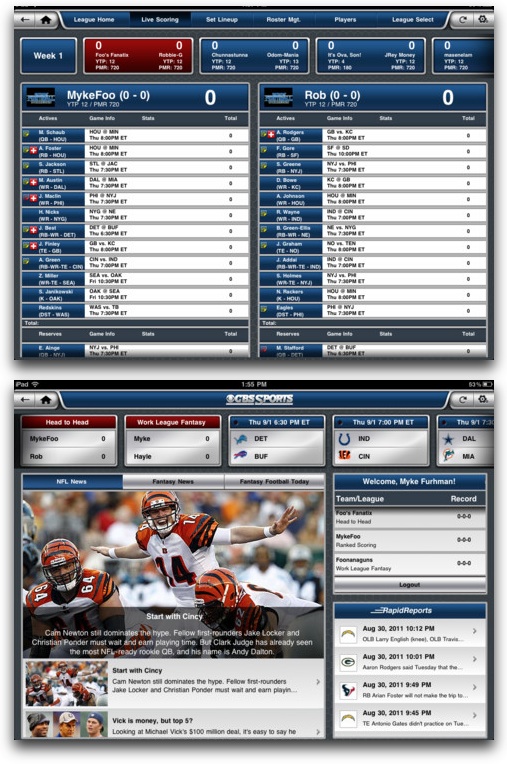 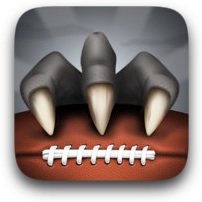 Fantasy Football ’12 for Yahoo/ESPN/NFL.com ($2.99) is not an official app from any of the online fantasy football services. But the app does allow you to manage multiple teams across all the multiple services (Yahoo, ESPN, and NFL.com). Some advice though: if you’re willing to shell out the $2.99 for this version, you may want to consider Fantasy Monster Pro ($4.99) from the same developer, as it also lets you access fantasy baseball, basketball, and hockey teams as well. I’ve used that app for years, and while it’s not perfect, it removes a lot of hassle of switching between apps. Features for this Football-specific app are: 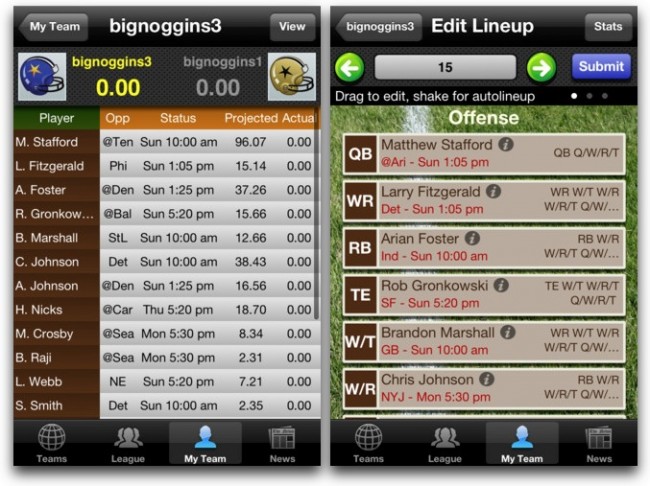 MyFantasyLeague.com ($2.99) is a paid fantasy sports service and is used primarily by serious fantasy gamers. Basic leagues cost $85 and deluxe leagues $185. It’s a highly customizable service and worth checking out if you want to take your fantasy game up a notch. The app, which is iPhone & iPad compatible, indeed takes things up a notch by being the only fantasy app that has draft support, and also the only one with commissioner support. Features include: 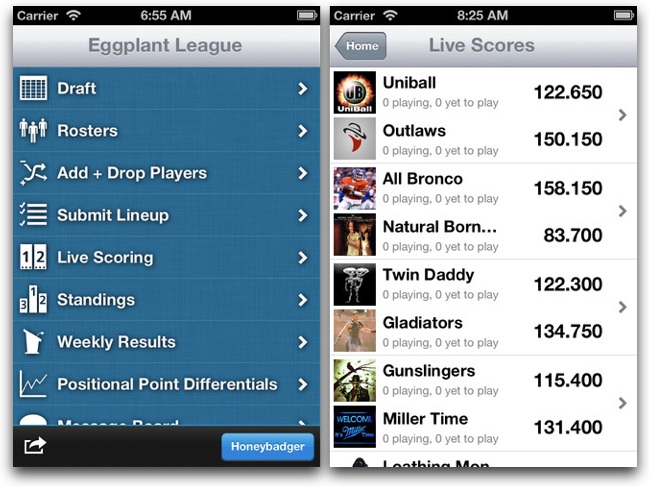 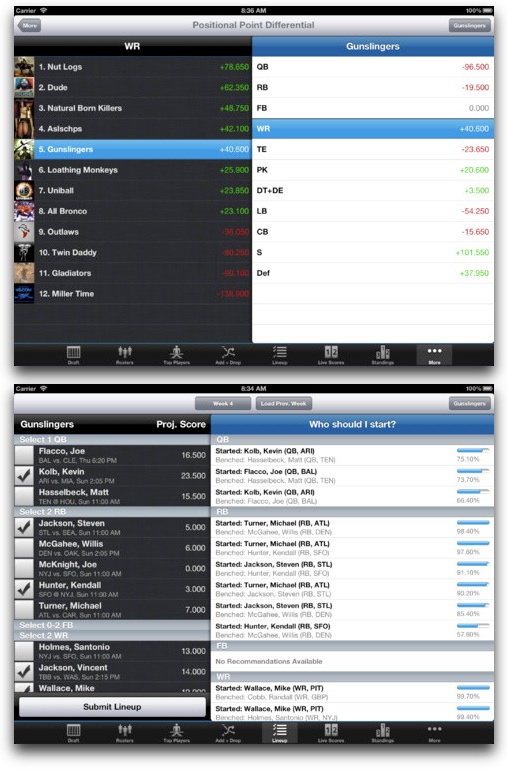