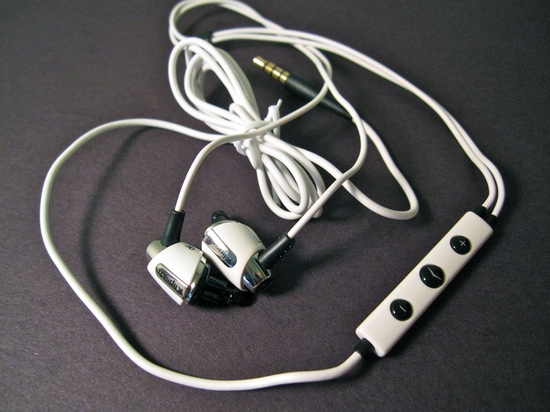 The Klipsch Image S4i ($99) are stylish, bass-heavy headphones that have an Apple-friendly three-button control/microphone dongle and which deliver excellent sound reduction. Packaged with a nice set of accessories, the S4is are a step up from Apple’s default headphones as well as similarly priced rivals.

For a pair of mid-tier priced headphones, the Klipsch S4i deliver the audio goods, besting even some more expensive headphones. The S4i’s strongest audio characteristic is an impressive level of bass that can be felt as well as heard. Lovers of hip hop and bass-driven music will be more than satisfied with the S4i’s. 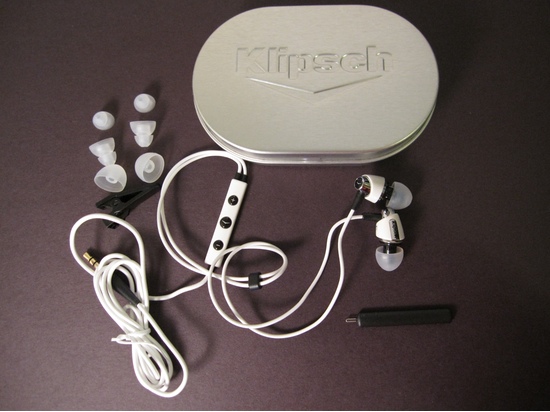 The S4i’s were able to reproduce an impressive range of sound that leans toward a bass-heavy sound. While Apple’s $80 In-Ears couldn’t quite render high-range instruments like cymbals and high-hats fully, the S4i’s were able to. If there is a complaint, it’s that the S4i’s hardwired bass dominance tended to dominate the high sounds as well as some middle range. We feel the S4i’s are the perfect iPhone earphones for pop music fans, but may not clear enough for the clinical listener, although some user-tweaked equalization may help in balancing out the sound. 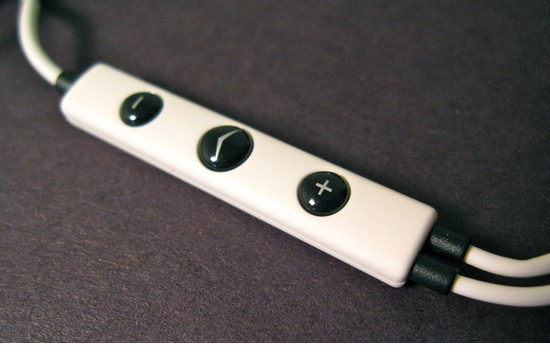 The headphones come with a 3-button control dongle that gives you every feature that Apple’s default iPhone headphones offer. Two of the buttons are for volume controls, and the middle button is for audio and phone control (play, pause, forward, back, answer, and end). The controls sit just below the Y intersection of the left and right earbud cords, as opposed to being on the right earbud cord for the default Apple earphones. The location takes a bit of getting used to, but makes much more sense than Apple’s headphones, which can often leave users groping for the controls. 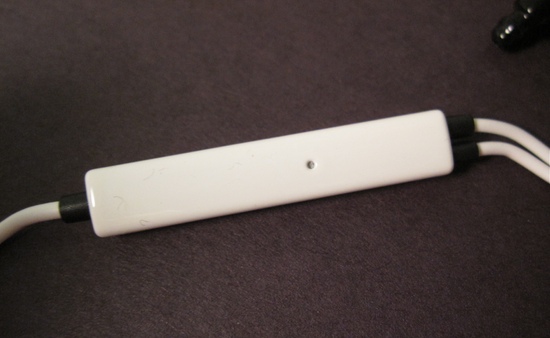 The S4i’s microphone is also located on the dongle. The microphone quality was on par with the default Apple headphones, in other words, it works pretty well. Callers described my voice as coming over clear without any tin-can or muffled effects. 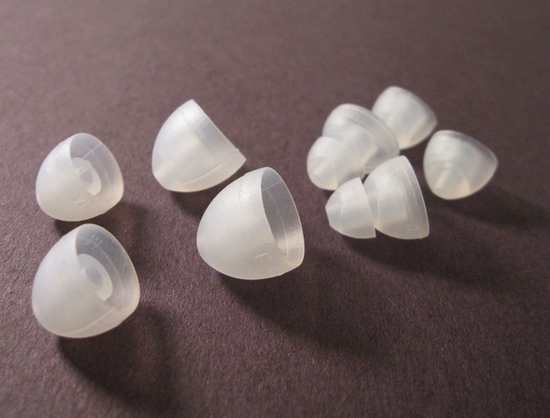 The buttons for the S4i’s controls are made of a glossy black plastic, with small plus and minus symbols indicating their function. They have a nice clicky feel, and their raised round shape gives them a nice tactile feel missing from the default Apple headphones.

In terms of style, the S4i’s are some of the slickest we’ve tested. They are available in white or black. The white version features black accents on the earbuds, buttons, cord, and plug. Shiny chrome accents appear on the earbuds. Overall, the earbuds have a glossy “expensive” look that should appease the fashion conscious. 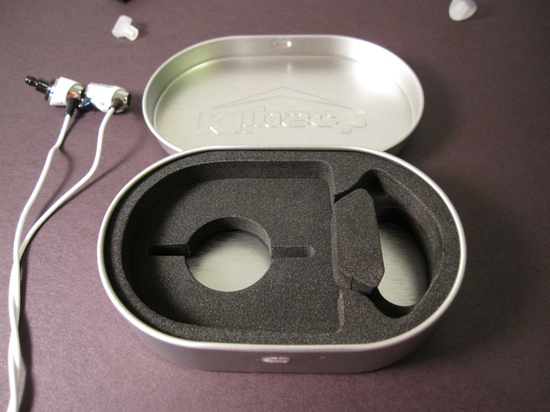 The S4i’s come with 4 sets of different-sized earbuds (3 single-flange and 1 double-flange). They were the first set of earbuds that fit my ear right of the box, forming a nice seal (after some wiggling) that maximized sound quality while providing the usual passive sound-isolation. Of course, everyone’s ears are different, so results may vary. 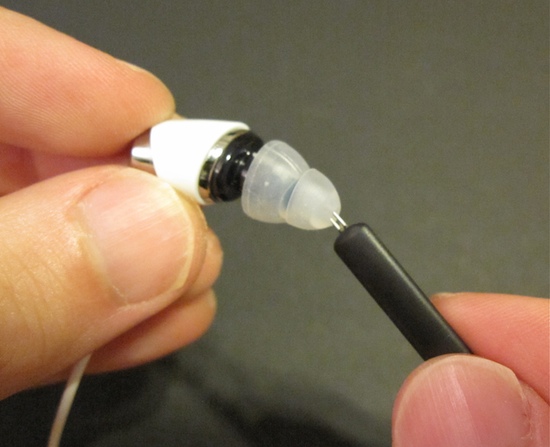 Also included with the headphones are a small earwax cleaning tool and an aluminum carrying case. The earwax cleaner comes in quite handy. In fact, we think it’s important enough tool that all premium in-ear headphone designers should include one. Earwax is not only gross, it can degrade the audio performance of in-ears overtime by building up in crevices and the mini-speakers. We found this a particular flaw of Apple’s $80 In-Ears. It’s likely why Apple packages in an extra set of earbud filters.

In the area of durability, we tested the headphones for over a month, and they held up well being shoved and pulled in and out of pockets and stuffed into bags. Their material strength is on par with Apple’s headphones, being made out of similar materials and having similar thickness. They aren’t made of the most durable material we’ve seen, but aren’t the worst either. We do, however, appreciate the extra thick silicone around the audio plug, as we’ve ruined more than one set of headphones from repeated unplugging. 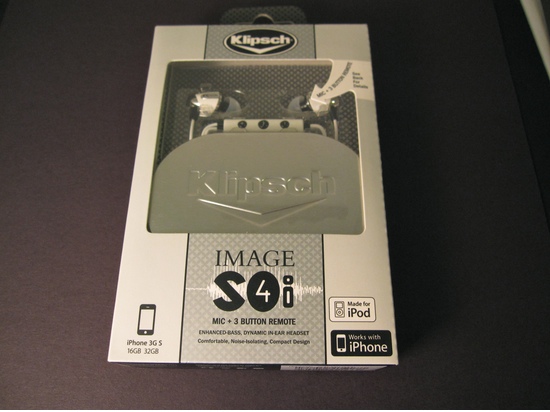 The Klipsch Image S4i headphones ($99) reproduce an impressive range of sound for their price range. While bass heavy almost to a fault, they still outperform similarly priced Apple In-Ears as well as some more expensive models. Combined with stylish design and a good range of accessories, we can highly recommend the Klipsch Image S4i’s. 9 out of 10, highly recommeded.