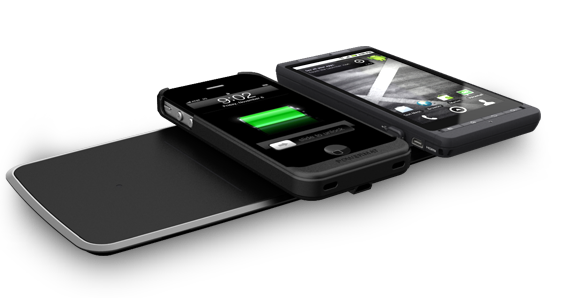 The killer feature of the upcoming iOS 5 update is definitely wireless synching. No longer will we have to plug in our iPhones into a computer to install software updates or back up data—it can all be done wirelessly over a Wi-Fi network. So can’t we just throw away those USB cords then? Well, there’s still charging, and that’s where a wireless charger comes in.

The term “wireless charging” is a bit of a misnomer, as there is still a wire involved. Wireless chargers feature mats that must be plugged into the wall via a cord. The “wireless” part comes with a special iPhone case that allows you to charge the iPhone by laying it down on the mat—no need to plug it in, just lay the iPhone down, or toss it, if your aim is good.

It’s a simple and elegant solution to charging the iPhone’s battery, and wireless-charging products have been available for the iPhone since 2008. So why haven’t they caught on? Because you still had to occasionally plug in your iPhone to back up the data or install Apple’s software updates. It was a hassle to remove the case, plug in the iPhone, sync, then replace the case.

But iOS 5 is putting an end to all that. In fact, you don’t even need a computer anymore to own an iPhone. You can activate it, receive updates, download apps, back it up, restore it, etc, all without a computer. 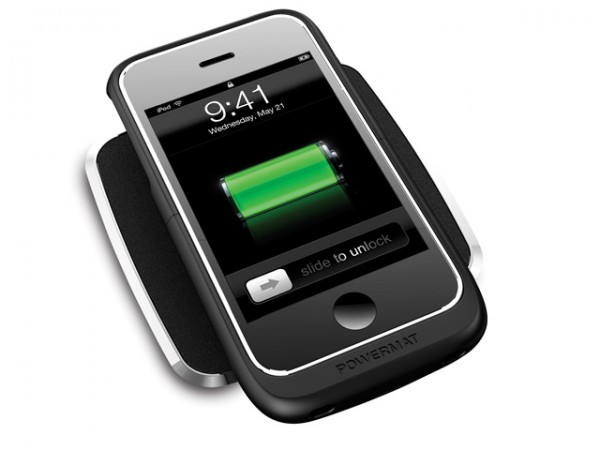 Currently, there is only one wireless charger kit for the iPhone 4, the PowerMat ($49) (note that the reviews for this product are awful), which includes a charging station and an iPhone case. That’s only $20 more than Apple’s official iPhone 4 dock. But the PowerMat kit’s charging station works a bit too much like a dock (you can check it out in the video below) for my lazy man’s vision of tossing the iPhone onto my desk and having it charge. For that you’ll need a big, flat mat like the Powermat 3X ($69). If you own an iPhone 3G/3GS, you have a few more solutions, like the Airvolt for iPhone 3G/3GS ($9.99) and the Case-Mate Hug ($49). It’s likely that after iOS 5 arrives, more manufacturers will come out with wireless iPhone chargers.

Imagine having several large wireless charging mats scattered around home and work—one on the desk, one by the bed, one by the TV, etc. You could toss the iPhone down to charge, pick it up to read a text message, then toss it back down to finish charging.

And if we’re going to get crazy with this “cutting the cord” thing, why not buy a wireless pair of bluetooth headphones while we’re at it? I’ve used the Motorola S805 Bluetooth headphones (our review, $75) for years and love using them while doing chores around the house—no wires to snag on doorknobs or drawer handles. There are also cheaper products like the GoGroove PurePlay ($29).

There are rumors Apple is thinking along the same lines as I am. The Wall Street Journal recently said that while wireless charging is not coming to the iPhone 5, Apple is working on it for the iPhone 6.