How to Sort Your Photos Into Albums on the iPhone

Photo albums are a new feature introduced in iOS 5. Sorting your photos into albums is not only a way to give order to the chaos that is the Photos app, but it also makes it easier to show off all the pictures of your new baby, latest vacation, or new car.

Another cool feature of albums is slideshows. With one tap, you can also easily play the album as a slideshow and use any music on your iPhone as background music.

Below are step-by-step instructions on how to organize your photos in albums on the iPhone (works for the iPad too).

How to Sort Photos Into Albums on the iPhone: 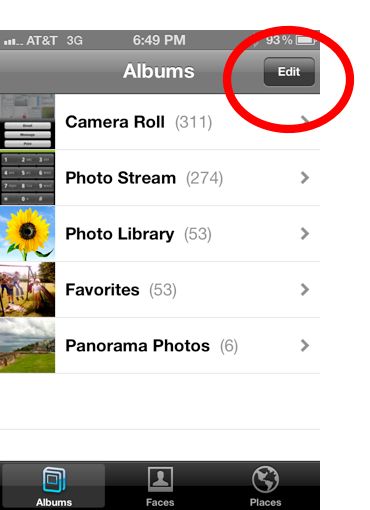 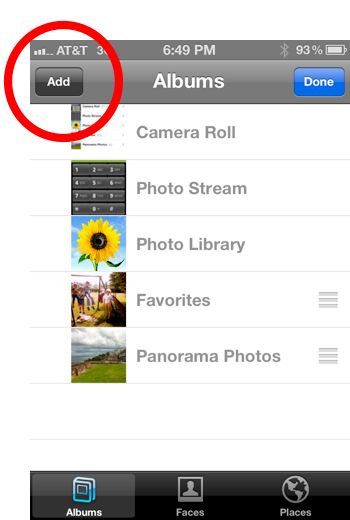 4. Enter in a name for your album, then tap Save: 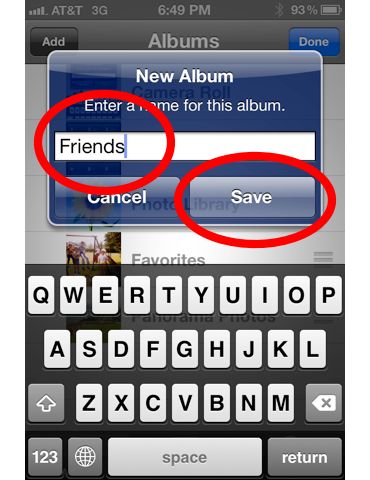 5. Tap the photos you want to place in the album, a blue and white checkmark will appear when you select them. Note that photos can be placed into more than one album. Tap Album in the top left to navigate to other albums and select the photos within: 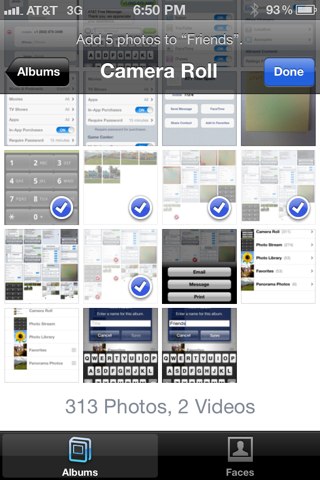 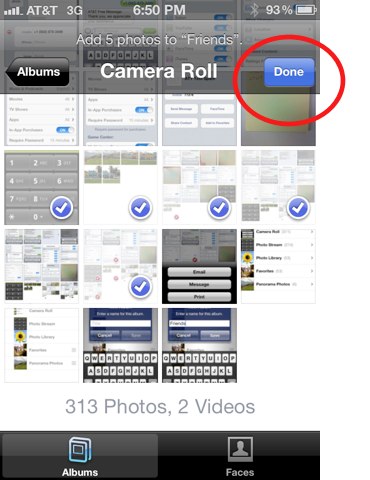 And that’s it, you’ve created a photo album.

Extra Tip: How to Move a Photo Into an Existing Album

Let’s say you’ve already have created an album called Friends, and you want to move a new picture into that album. Here’s how (hat tip to Michelle in the comments). Important: note that this only works for albums created on the iPhone. If you created an album on your computer and synced it to the iPhone, the instructions below won’t work.

1. In the Camera Roll or in any album, tap the arrow in the top right corner: 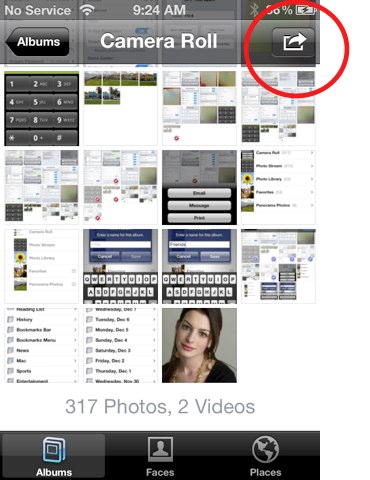 2. Tap the photo(s) you want to move into an album, then tap Add To: 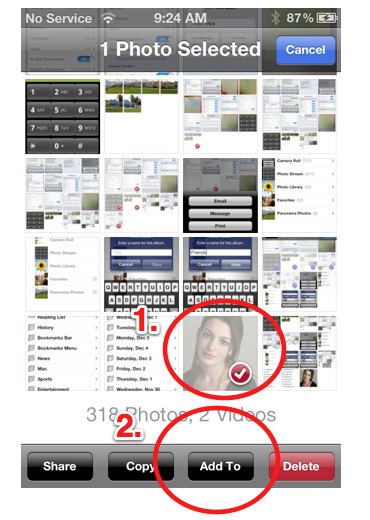 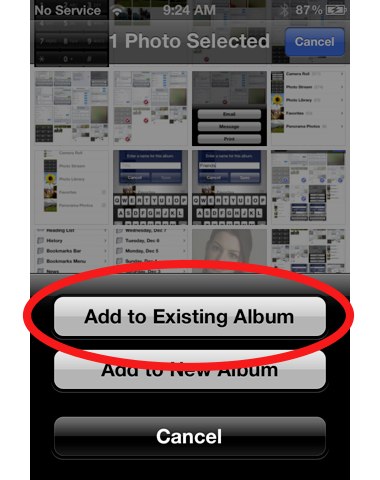 4. Tap the album you want to move the photo(s) into: 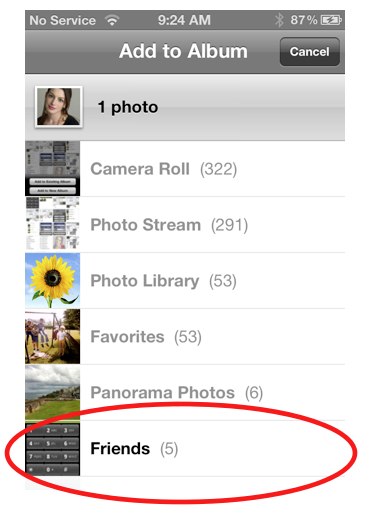